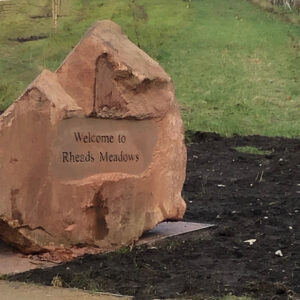 The tree, hedge and wildflower planting at Rhead’s Meadows is beginning to take shape and we should see some good new growth over the coming months. It’s great to see so many people using this community resource, an oasis of peace and a haven for wildlife in the years to come.

While everything is still taking root, please take a little care as you walk around, stick to the intended routes through the groups of saplings and try not to trample new ones. This will give us the best chance of protecting them, so they become established as quickly as possible. And please do respect the privacy of those parishioners whose gardens back on to the meadows.

The vision for the site is to create an exciting new facility for the enjoyment of the local community which is diverse in wildlife. It includes the creation of a native wildflower meadow interspersed with native trees, the creation of new orchard and native woodland planting. Accessibility is important and a mix of hard surfaced and mown paths have been installed as well as accessible entrance gates. A key principle is that the Nature Park should retain an open quality and its design will continue to reflect this.

The farmland to the east of Blackfirs Lane and west of the Congleton Town Boundary was known on the old Cheshire Tithe Map as “common land” in the ancient Parish of Radnor. The Rhead family, wealthy mill owners and residents of Somerford bought this prime agricultural land and Blackfirs Farm in 1952 from the Radley family. Blackfirs Farm was later sold to Mrs Jean Crawford who is the current owner.

When Mrs Irene Lavinia Rhead died in 1997 she bequeathed the land, approximately twenty acres, to the charity The Royal Society for the Protection of Birds, (RSPB). It was her express wish that the land should be preserved and used for the benefit of wildlife and should not be built upon as stated in her will. The land forms a green open space separating urban Congleton from the more rural Parish of Somerford. Since the land was handed over to the RSPB it had been let out to a local farmer who grew winter feed crops.

In the Cheshire East Council’s Local Plan the land was marked as suitable for development despite local opposition. The RSPB wished to capitalize on its intrinsic value and put forward the land for development. However, after much local and national negative publicity the RSPB approached Somerford Parish Council with a view to gifting a significant proportion (approximately nine acres) of the land to the Council to form a haven for wildlife by creating a wildflower meadow and community orchard.

This generous offer adheres to Mrs Rhead’s wishes and has provided an excellent opportunity for Somerford Parish Council to create a fantastic communal green open space.

The latest plan for Rhead's Meadows, which may be subject to minor amendments. 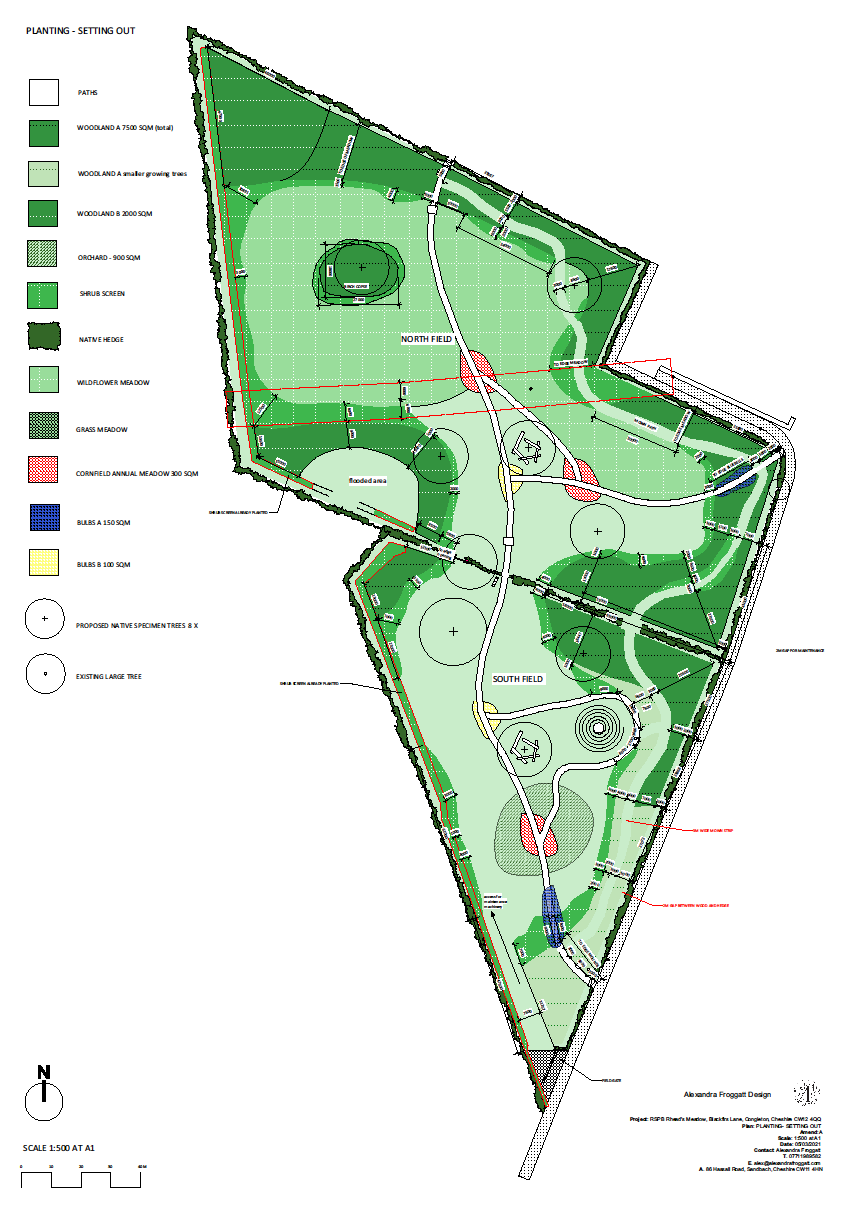 The legal transfer of the RSPB land has finally been completed, the Parish Council have begun the journey of putting the plans for the site into effect.

At an extraordinary meeting of the Parish Council on Monday last, the 27th January, a contractor was appointed to install the hard landscaping of the pathways and soil bunding.  Somerford Parish Council are pleased to confirm that local firm, James Ashbrook Ltd, have been appointed as that contractor. At an early stage Ashbrook’s generously offered to provide fuelled plant and machinery for the whole project whichever contractor was appointed. 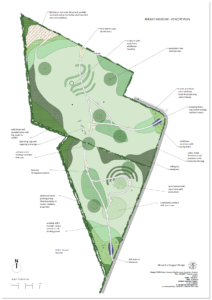 The land that has been donated by the RSPB to the Parish Council is going to be developed into open space for the use of the local residents.

The main intention is to preserve the existing birds and wildlife and encourage new species. We would love to form an amiable habitat for hedgehogs for example.  The working committee has named the site temporarily ‘Rheads Common’ until we finalise the title with consultation.

The intention is to plant an orchard and we are researching the options available with the soil type available. To have picnic benches and an area of relaxation. The pathways should link across the whole site for walkers, cyclists and maybe a bridleway with obvious disabled access. We hope to be able to have some project information to inform the visitors of the history and background to the site.

Eventually we will need volunteers to assist the project develop and give ongoing maintenance to the site. If you are interested please contact the clerk or any Parish Councillor.

Please send in your photos!