Home / News / The History of Somerford

The History of Somerford

The Parish of Somerford, Cheshire

Somerford was a township in the ancient parish of Astbury and became a civil parish in its own right in 1866. The geographical boundary that we know today as Somerford, is an amalgam of the two ancient parishes of Somerford and of Radnor, which became Somerford through a boundary change in 1895. As to the origins of the parish’s name it is easy to surmise as being a convenient place to cross the River Dane.

Field names and archaeology of surrounding areas show that Bronze Age, Romans, Saxons and Scandinavians passed through the area. 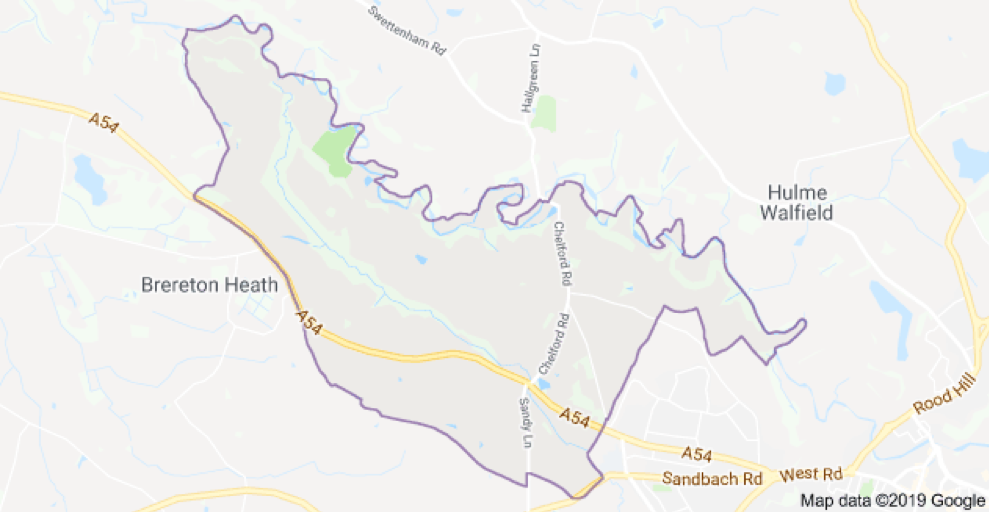 Today, the township is dominated by the A54 Congleton to Holmes Chapel Road. It has only a further 4 roads in the parish; Chelford Road, Sandy Lane (soon to be a no through road), Black Firs Lane (or is it Blackfirs Lane?) and part of Back Lane.

There are only 2 water courses in the parish:

The River Dane, which rises close to the source of the River Goyt just to the south west of Buxton. Flowing southwest, it forms the border between Cheshire, Derbyshire and Staffordshire for around 10 miles before flowing west through Somerford and then past Holmes Chapel. It is subject to flooding as it passes through Somerford.

Loach Brook, which flows through Pool Wood in Somerford on its way to the River Dane. 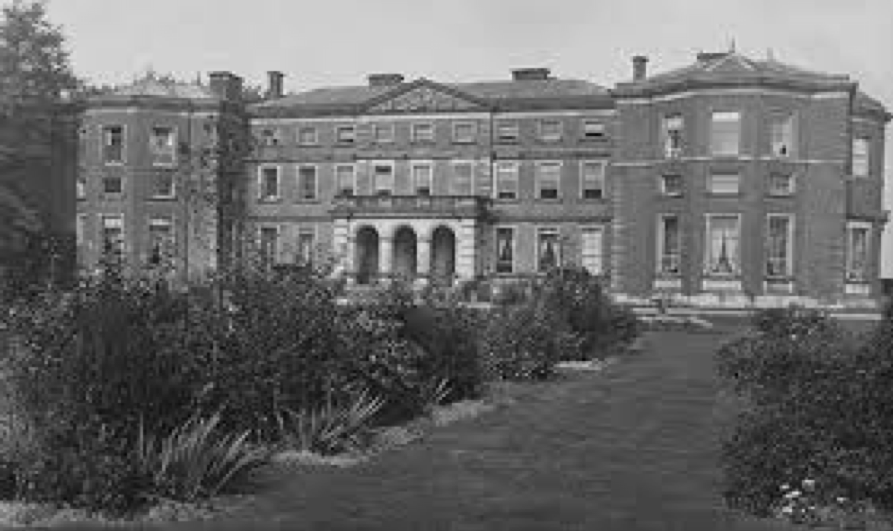 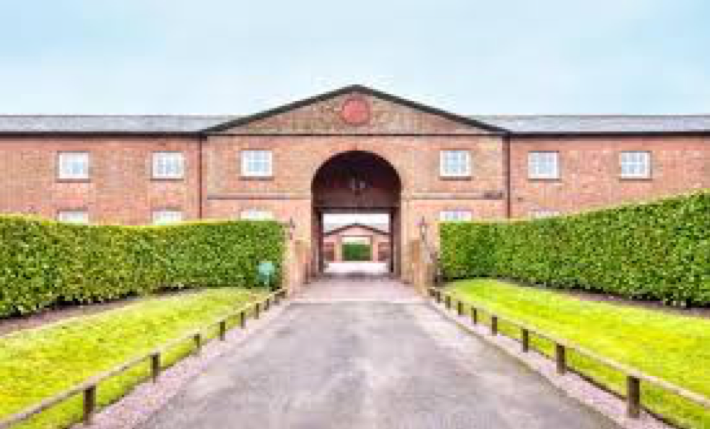 History of The Shakerley Family

Sir Peter held a commission as Captain of Gunmen for James II and he became the MP for Chester between 1688 and 1714. He died in 1726 and ownership was transferred to his nephew Geoffrey Shakerley who married Ann Hurlston. Geoffrey did not live for very long and died in 1733 when the estate passed to his brother, Peter Shakerley.

Peter Shakerley married Ann Amsom in 1737. They had one daughter Eliza. He married a second time in 1765, but there were no children from this marriage. He died in 1781and is buried in the churchyard in Somerford. His daughter had married Charles Watkin John Buckworth in 1764 and they had three children. The eldest, Charles, was left the house after the death of both parents. Charles Buckworth changed his surname to Shakerley and took possession of Somerford Hall in 1797, which had remained unoccupied for 16 years.

He became Sir Charles Shakerley, and High Sheriff of Chester in 1791, living in Brereton between 1791 and 1797 whilst the house at Somerford Park was extended. He had two wings with canted ends added to the house. On his death in 1834 the title and estate was inherited by his eldest son Charles Peter Shakerley. He sold the other family property in Shakerley and Tyldesley in 1893 because the land had become very valuable as it was located on the South Lancashire coalfield.

Sir Charles Peter Shakerley married Angelique in 1819, but the marriage ended in divorce in 1830. He remarried in 1831 to Jessica Matilda Scott and they had two children, Charles Watkin and Gertrude. Sir Charles became High Sheriff of Cheater in 1837 and a baronet in 1838. His marriage broke up in 1840 and he died in 1857.

His only son, Charles Watkin, inherited the estate and went on to marry Georgina Harriet Ackers, daughter of George Holland Ackers of Moreton Hall in 1858. They had a son, Walter Geoffrey. Sir Charles Watkin in 1897 was a Lt Colonel and Honorary Colonel in the 5th Volunteer Battalion of the Cheshire Regiment and was made a KCB on the Occasion of Queen Victoria’s Diamond Jubilee. Sadly, shortly after receiving this honour he died in 1898. 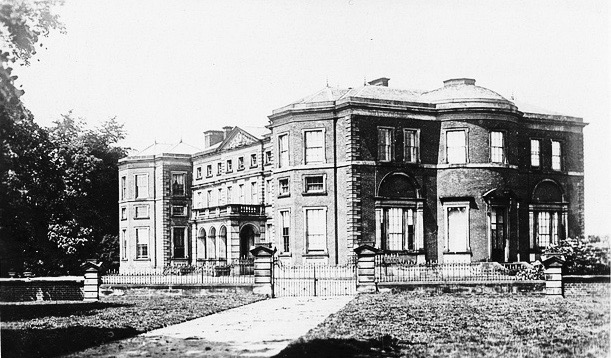 Sir Walter Geoffrey was born in Somerford and inherited the estate from his father. He was educated at Harrow and was elected Justice of the Peace for the County of Cheshire. He joined the 5th Vol Battalion Cheshire Regiment in 1888 and was appointed Colonel in 1891.

In 1906 Colonel Shakerley had to resort to putting up signs in the grounds of the estate discouraging trippers from leaving litter and generally making a mess of the estate. He particularly asked the editor of the Congleton Chronicle however, to point out that he would always be delighted to see residents in the park. During his time as Lord of the Manor, the First World War occurred. The house was used as a war hospital for the wounded. The cost of its conversion to the war hospital was born entirely by Sir Walter. He married Hilda Mary Hodson and had four daughters who all subsequently married into well to do families.

In 1922 Sir Walter became seriously ill, but fully recovered and remained at Somerford Park until 1925, when he left to live at Cavendish Place, Bournemouth. He lived until he was 83 and died in 1944.

Somerford Park estate and the house were sold between 1926 / 1927. The house was demolished in 1927.Manchester Education Authority purchased the grounds and built a summer school and camp which opened in 1940. The school was fully equipped and staffed and had excellent facilities for 250 boys. In later years’ the camp was sold to Leeds City Council, who used it as a similar facility, but in 1959 they proposed to sell the land and the buildings to the Prison Commission as an open prison. This infuriated the residents of West Heath and the plans were defeated.

All Saints Chapel of Ease, Somerford

All Saints Chapel, Somerford was built in 1725 as a domestic chapel to Somerford Hall by Sir Peter Shakerley, ostensibly because he had an argument with the Rector of Astbury. Since 1943 it has been a chapel of ease.

The chapel is built in chequer brick in four bays. All the corners have chamfered quoins. On the west face is a central doorway above which is a rectangular date stone. Above this is a round-arched window and a clock face. On the summit of the gable are ball finials. The eastern face has a three-light window above which is an oval oeil de boeuf window and finials similar to those on the west face. The north and south faces have four round-arched windows with ashlar surrounds.